MAKING EVIDENCE WORK HARDER IN COURT
Evidence may be compelling — but handling it well to meet your goals is essential, say Mr Francis Ng SC and Mr Shashi Nathan. 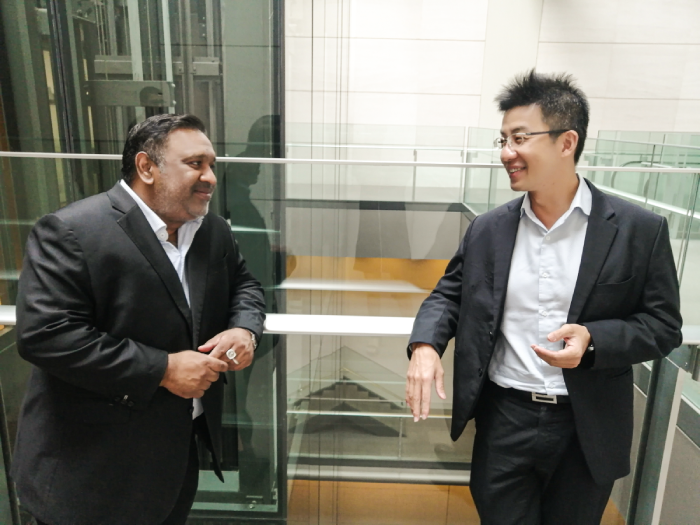 Back in 2019, when restrictions on dining in were unimaginable SAL jumped at the chance to lunch with two prominent men from the criminal law landscape: Mr Francis Ng SC, one of the Deputy Chief Prosecutors of the Attorney-General’s Chambers (AGC) and Mr Shashi Nathan, who heads the criminal practice group at Withers KhattarWong LLP.

They had come together to discuss their work for SAL’s Professional Affairs Committee’s Criminal Justice Chapter (CJC), of which they are both members. In this capacity, they have worked with other members to devise a workshop that will help prosecutors and defence counsel improve their skills in conducting examination–in-chief.

BEING GOOD COUNSELHeld shortly after our discussion, Evidence in Chief: to Ask or Not to Ask raised the standards of criminal advocacy in Singapore by sharing knowledge and experiences, specifically about eliciting evidence in chief from witnesses. It’s a field that Mr Ng and Mr Nathan are both veterans of, having spent decades in the profession. This means that they not just know the problems, they also understand the thought processes that may have led to the problems in the first place.

Take witnesses for instance. Despite being a key component of the evidence process, witnesses are sometimes not given the attention and preparation they require. “I have seen some counsel surprised by their own witnesses’ answers,” says Mr Nathan. “That suggests that maybe they didn’t spend enough time with their witnesses or are just muddled their own case theory.” He adds, “Going to court is still a nerve-racking experience for most Singaporeans, so maybe that changed their answers.”

Both prescribe a simple fix: a mock trial that not only includes the questions but also the atmosphere and tension associated with being in a courtroom. The latter may be hard to recreate in a sun-filled meeting room, so Mr Nathan recommends that first-time witnesses sit in on other court hearings beforehand, which are open to the public, to get a flavour of what testifying in court is like.

Mr Ng adds that counsel should also pay attention to their questioning technique, for example by not repeating questions for the sake of making a point. “They might want to ‘lock in’ their answers but there’s really no need to ask again and again, and doing so may actually result in inconsistencies arising from the repeated answers that the witness gives,” he says, adding that this is something he reminds his junior prosecutors regularly about. “But what if they’re doing that because they want a different answer?” asks Mr Nathan. “Then they better be sure they’re going to get it — and for them to be sure, they really need to know their case theory, and what facts they need to prove,” says Mr Ng.

PUT THEORY TO PRACTICEThe pair stresses that this kind of understanding about using evidence effectively is very important, making the workshop a must-attend for both prosecutors and defence counsel. That it is presented by practitioners in the thick of the criminal law landscape adds to its appeal. After all, most attendees are time-pressed professionals who want to know how to apply their newfound skills quickly and relevantly.

That’s why half the workshop will be a practical breakout session: attendees will have the opportunity to examine ‘witnesses’ based on a mock problem, and trainers comprising experienced prosecutors and CJC members will be on hand to provide feedback and help them refine their approach. Mr Ng and Mr Nathan will then lead a fireside chat with another veteran in the criminal law space, Mr Suresh Damodara of Damodara Ong LLC. “Here we’ll go deeper into the issues and share our relevant experiences,” says Mr Ng.

Mr Ng and Mr Nathan hope that participants will leave the workshop with more than just knowledge, but with new bonds forged as well. “Nowadays, the defence and prosecution need more opportunities to get to know one another better,” explains Mr Ng. Adds Mr Nathan, “When we were first starting out, we had to go down for pre-trial conferences personally and we’d have a chat waiting for our cases to be called.” Those early bonds have strengthened into a relationship that has helped them professionally. “When you have established mutual respect and rapport built up over years of knowing the other party, there is a great deal of trust between the prosecution and the defence that allows matters to be discussed candidly and even resolved through a phone call,” Mr Ng explained.