IN TWO COURTS: THE RECOGNITION AND ENFORCEMENT OF FOREIGN JUDGMENTS

Braddell Brothers’ Edmund Kronenburg on how to smoothen cross-border transactions, for both lawyer and client 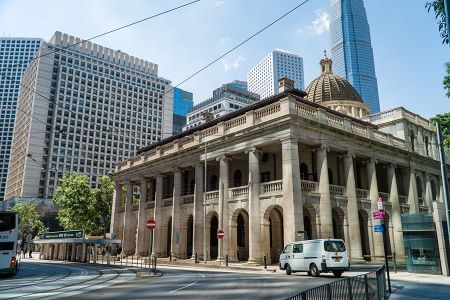 With the economic fallout from Covid-19 intensifying globally, legal experts have warned of a "legal epidemic". Indeed, Mr VK Rajah, a former Supreme Court judge of appeal and former attorney-general of Singapore and Professor Goh Yihan, Dean of the School of Law, Singapore Management University, have argued in an editorial for The Straits Times that global business centres like Singapore need to prepare for this legal tsunami as contracting parties reassess their business agreements in the months ahead.

Dispute resolution practitioners are expected to be busy, if not busier, helping clients ride over this storm. Court litigation will remain a key means of resolving disputes, many of which will be cross-border in nature. But "for clients, cases do not end when they get a judgment in their favour. Cases are only completed upon successful enforcement of that judgment,” says Mr Edmund Kronenburg, managing partner of Braddell Brothers LLP, whose team has represented clients who sought or opposed the recognition and enforcement of foreign commercial judgments in many jurisdictions including in ASEAN and Greater China.

"Apart from ensuring reliable and accurate translations", there is no real difficulty in having foreign commercial judgments recognised and enforced in Singapore either under the statutory regime or at common law. The same cannot be said if one tries to get a Singapore judgment recognised and enforced overseas. Mr Kronenburg listed "obtaining reliable advice on how the courts of a particular jurisdiction would interpret and apply its laws and principles (if any) in relation to recognition and enforcement, or if no such law exists, how best to go about suing based on the Singapore judgment without getting bogged down in procedures" as the biggest challenge. Civil law jurisdictions where judges are not guided by case law seem to be particularly tricky. Some, such as Indonesia, even expressly prohibit the recognition and enforcement of foreign judgments.

Over the years, the international legal community has been working to improve the portability of judgments across borders. The Hague Judgments Convention was concluded in 2019 after more than two decades in the making. Some courts have also entered into memoranda of guidance (MOG) with each other on the recognition and enforcement of each other's monetary judgments. One such example is the MOG between the supreme courts of China and Singapore signed in 2018. Although MOG are not binding, "in the absence of a very clear set of laws or principles within a jurisdiction dealing with when a foreign judgment will be recognised and enforced, MOG provides the best available form of guidance to counsel and their clients as to the likelihood (or not) of a foreign judgment being enforced."

Mr Kronenburg adds, "Such guidance assists in overall strategisation for clients at the outset, such as where to bring the claim." Indeed, the China-Singapore MOG has featured in his team's advice to clients before commencement of court action in Singapore, to obtain enforcement in certain parts of China.

The Asian Business Law Institute (ABLI) has released the Asian Principles for the Recognition and Enforcement of Foreign Judgments (Asian Principles), a set of 13 overarching Principles based on the commonalities (and divergence) of the rules on foreign judgments recognition and enforcement in all ten ASEAN member states and their major trading partners such as Australia, China, India, Japan and South Korea. The Asian Principles touches on aspects such as the court's international jurisdiction, judgment finality, reciprocity, due process and public policy, and also includes practical guides for courts and discussions on MOG and the Hague Judgments Convention.

The release of the Asian Principles is another example of global efforts to harmonise rules on judgments recognition and enforcement, an important mission that ultimately aims to promote greater certainty in cross-border business transactions. As aptly put by Mr Kroneburg, "If we all spoke the same language, albeit with different accents, we would understand one another better, and be better prepared when dealing with one another, commercially."

The Asian Principles is available in ebook form at https://info.sal.org.sg/abli/ebooks/recognition-enforcement-foreign-judgments/.

ABLI is giving a 15% discount to the first correct answer to the following quiz question. Email your answer to [email protected] or comment on LinkedIn to participate!

Apart from the MOU with the Supreme People's Court in China, the Supreme Court of Singapore has inked several other MOUs on the recognition and enforcement of monetary judgments. Name any two of them.