A STATELY GOODBYE
As we bid farewell to the State Courts Complex, we use oral history interviews to piece together its 44-year heritage. The first article in this series relies on the words of Colonel (COL) Tan Wee Kian, who was in charge of getting the Subordinate Courts – as the State Courts were known then – up and running. 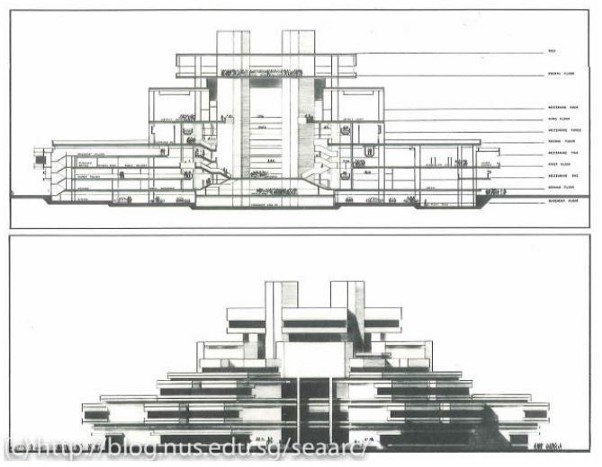 Few going past the area around Pulau Saigon near Havelock Road in the 1960s would imagine that the site – a large collection point for night soil* – would be transformed into a bastion of justice in a matter of years. But then again, it should come as no surprise: in land-scarce Singapore, a plot of land can take on a new role in a matter of years. Cemeteries are transformed into prime public housing estates, seas become world-class airports.

In this vein, the plot along Havelock Square, which was already state land, was earmarked to become a new judicial facility. The question was, would it consolidate all the country’s subordinate courts, or would it be an additional facility? One man who pushed for the consolidation was Colonel (COL) Tan Wee Kian, who was the Registrar of the Supreme Court at the time.

But he faced some opposition, as he recalls. “There was one [request] from Port of Singapore Authority to have a magistrate … be stationed [there],” he said. “(Then-Chief Justice) Wee Chong Jin asked me and I said , ‘No’.” There were even talks to expand the courts away from the city, with facilities in Sembawang and East Coast. COL Tan turned such proposals down, saying, “We have a small establishment to begin with.”

Plans to centralise the courts were eventually given the green light and COL Tan set out to find a site for what would come to be known as the Subordinate Courts. “I got the Land Office to earmark the whole Pulau Saigon [area for the project]. In exchange, I would hand back Outram, Empress Place and so forth,” he explains. Outram housed the Coroners’ Court, while the Civil District Courts were sited at Empress Place. After much “pow-wowing” and “elbowing”, the land authorities relented and the Subordinate Courts finally had a home.

The next thing to settle was how the complex would look. “I heard [through] the pipeline that Dr Goh [Keng Swee] didn’t like buildings designed by the Public Works Department (PWD) – a silo on top of a block.” So COL Tan sought the services of homegrown architectural firm Kumpulan Akitek, who designed the complex’s signature octagonal structure. The firm’s relationship with octagonal buildings was not new (it was seen in its designs for private properties throughout the 1960s and 1970s) – but its work on the State Courts Complex will be a lasting one, since the site was gazetted for conservation in 2013.

As construction got underway, COL Tan described himself as being “practically Chief Clerk of Works”. He recalls, “I sat in with all the consultants, architects, engineers and site meetings.” Given his heavy involvement in the project, it’s no surprise that COL Tan is familiar with the project’s innovative features – several of which he initiated. Here’s his take on some of them:

·        A master and slave clock system to synchronise clocks across the complex. “It’s very important in the court system [because imagine] that everyone adjourns at 1pm and your clock is not 1pm yet.”

·        A dedicated carpark and lift for judicial officers, a practice now commonplace in Singapore’s legal system.

·        Toilets in each court for prisoners. “When [a prisoner] sits on the throne, I can see his head, I can see his feet. You want another Mas Selamat? That way you can see, the guard can see him.”

·        Catering for future expansion. When the Complex was first built, it housed 26 courts. This number had gone up to 37 by the time the State Courts vacated the premises in December 2019.

As we bid goodbye to the structure, it’s heartening to know that many of its best practices have been adopted in the State Courts Towers that will replace it.