JOYCE A. TAN ON THE BIGGEST TEST OF HER CAREER

Starting out on her own, trusting her gut and shaping TechLaw.Fest—a wide-ranging conversation with Joyce A. Tan. 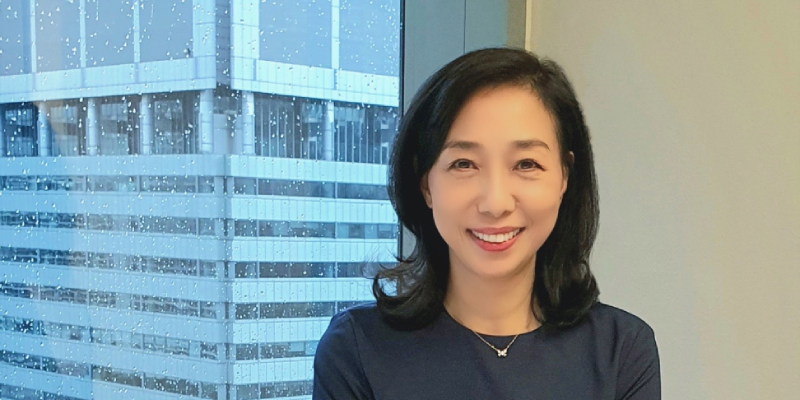 This past August has been a memorable one for Joyce A. Tan: it began with her invitation to join the SAL Senate, joining more than 40 other members of the legal profession in the management of SAL’s affairs and its properties. And a few days later, she received the Public Service Medal at this year’s National Day Awards for her work with SAL’s various committees.

To the casual observer, these victories might seem like the result of a meticulously planned career. After all, she started her firm Joyce A. Tan & Partners in the late 1990s, servicing Internet-based and technology companies just as the World Wide Web was exploding globally. But she assures SAL that the truth is anything but. The firm’s trademark tech focus, she admits, was more of a dedicated response to demand than a calculated business decision. “Within the framework of the usual corporate and commercial structure, I’m supporting and working alongside clients that push new innovations with practical needs at the frontiers. Uncertainty is familiar territory for me.”

That statement, as ironic as it sounds, rings of truth as Joyce recalls her decision to start the firm in 1998. At the time, she was heading the tech and IP practice of a leading firm and found herself getting more involved in managing the practice than actual lawyering. “I was doing more things as head of department than actual practice and getting a sense of discomfort about it,” she explains. “So I asked myself what I enjoyed about my job more: and it was legal practice, working with and serving clients with dynamic needs. When I confronted that, I knew I needed to move on.”

The question was, what to do next. Join another firm? “I said to myself, ‘I’m not leaving this firm because I want to join another firm. But I don’t want to leave practice either.’” With no clear answers and her future still murky, she decided to tender her resignation anyway. The recollection of that moment remains vivid, not because of any unpleasantness, but rather just how pleasant and cordial it was. “The senior partners asked me what I was going to do and I embarrassedly told them that I had not made a single plan—which, to be fair, was the truth at the time,” she says. “But they were very encouraging and overall, exemplary in their handling of the matter and I remain in close touch with them till today.”

After eventually deciding to start her own firm, she told her senior partners. With two weeks to go until her notice period ended, she imagined that some might have worried about her poaching clients during that period but her senior partners trusted and respected her. “They said, ‘Finish what you need to, there is no need to cut short the notice period because of your decision.’” Joyce kept her end of the bargain as well, meeting clients and introducing them to her colleagues whom she was handing over their matters to and taking a step back from practice before starting her firm, to ensure a clean break.

Describing those days preparing to start her new firm, she recalls feeling grounded. “I believe in the simple philosophy that if you carry your professional values and knowledge, as well as ethics of hard work and good work, you’re going to be OK.” While the philosophy has proven prescient in the grand scheme of things, it did threaten to fall apart in the first few weeks of her firm’s existence. “I had taken up office space at Suntec City and hired support staff … but I had no ready book of business, since I did not want to undo what I built for my previous firm!”

But one thing she did have—and continues to have “an abundance of”, she quips—is self-belief. “Word got around and people were contacting me,” she says. But as they did, she was also faced with a concrete challenge very early on, at least ethically. “A German corporate client that I had brought to my previous firm reached out to me, which became my first of several memorable tests. I had promised the senior partners in my previous firm that I wouldn’t take files away from their firm—but I also had rent to pay and staff to support at my new firm.”

After a soul-searching night, she drove to the office the next morning and wrote an email to the client. “It relayed the truth of the situation: that I had left that matter in very good hands. The very people that I had trained and to whom I had passed the baton. And yes, they would have done a good job. And no, they didn’t need to transfer the matter. If they did, the only person who would have benefited from the transfer was me— I put it down in writing, and the in-house counsel had no room to ask for a transfer. So I let the file stay with my previous firm, I had a lot of respect … but I had no fees.”

Eventually, the clients came knocking and Joyce A. Tan & Partners was in the black within six months, all from work originated there. Today, it has made a name for itself locally and internationally with clients ranging from multinational conglomerates and government-owned entities to publicly-listed companies, innovative start-ups, as well as SMEs and their financiers.

Part of her success comes from being comfortable in handling the unknown—be it in terms of client needs or management matters. In nascent fields, she has had no qualms saying to clients “Even though this is new territory, I am willing to navigate you through it.’”  Still, she emphasises the importance of the academic foundation for legal advice offered. “The client may never need to know that you have ticked that checkbox in your mind—but you should have done it in your own mind just so you know that your advice is not only practically workable but also academically sound.” The mental checks may happen in a split second but they are no less important. “It goes back to professional humility, which basically means you make no assumptions. That’s a safer position to be in because it forces you to be careful and mindful."

As we end our interview, we turn to another highlight in her career: helping steer and shape TechLaw.Fest together with Justice Lee Seiu Kin, Justice Aedit Abdullah and SAL. “It started over a very small working lunch with Justice Lee and we talked about the idea of an annual technology law event for our community. We really started from scratch and brainstormed everything. We subsequently roped in others and things began to take shape. I was still very much involved in programming in the early days and I would bring to the table what I was seeing from my clients and others operating at the frontiers.”

Looking back at those early days, she is thrilled by TechLaw.Fest’s expansive growth (last year’s edition attracted a whopping 6,000 registrations). “At the end of the day, what matters is not whether people know I was at that pioneering lunch. What matters is that TechLaw.Fest lives on beyond the many contributing individuals today and remains that vibrant space for our community.”

Joyce joins TechLaw.Fest 2021 as a speaker. Her lunchtime session on Friday, 24 September, identifies key legal issues arising not just from the tokenisation of assets on the public blockchain, but the nature of blockchain-based financial transactions that may warrant further attention from lawmakers. Register for TechLaw.Fest for free at www.techlawfest.com.