EZRA TAY ON LIFE AS LEGAL COUNSEL IN A START-UP

The General Counsel at Tazapay doesn't mince his words—or his ambition. 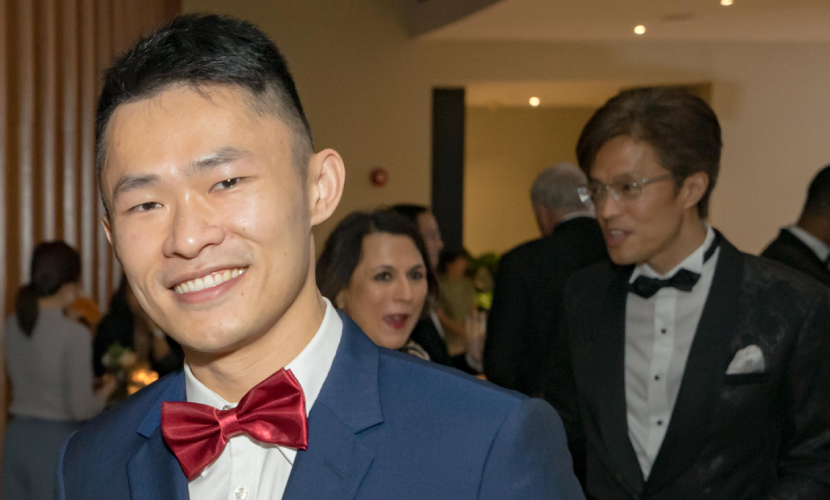 “I’m very direct with my views,” admits Mr Ezra Tay at the start of our conversation. It’s not a disclaimer that I’ve heard from many legal professionals, who are often more guarded and cautious with their words. But it’s one that suits Ezra, who’s the General Counsel & Head of Compliance at global payments platform Tazapay.

Refreshingly, his bluntness extends to reflections on his own career: he admits that he isn’t the biggest fan of his track record. “I do find it jumpy at times and a little disjointed,” he says, pensively. There are common threads in his career, I say, pointing out that much of his work has been in financial services.

He concurs, but then continues, “I think there's more to life than following a cookie-cutter model that has been prescribed for you. I've never been somebody who cared much for that. I think it’s more important to find your own way and pave a path, doing the best that you can do.” And with his characteristic candour, he adds, “I'm still in the process of figuring things out and there are still challenges, especially in the start-up world.”

I’m eager for a peek into this world, which is often a mystery to those outside of it. More specifically, what it’s like to be a lawyer in a profession where hierarchy is almost natural, to be in a place where hierarchies are notably flat. To my surprise, he admits that being it can be a lonely affair. “More often than not, it’s a team of one, especially at younger startups. I remember handling a $10 million lawsuit where the company’s future depended on it. So while I was doing my best, I was also thinking, ‘Oh my God, if I mess up, this company is going to go down.’”

It’s made lonelier by the fact that most founders are hesitant to hire external counsel or more in-house counsel unless absolutely necessary. “You’re already a team of one and you’re supporting this supergrowth. But understandably, legal is typically viewed as a cost centre and it’s important for startups to keep costs low," he says, confirming what many other in-house counsel say: they are increasingly doing more of the legal work themselves.

Why put himself through it then? After all, Ezra’s worked at major banks as well, so he’s no stranger to the perks of large legal teams. But he thrives on the current challenge. “You have to be very strategic to steer things and manage stakeholders. It’s exciting stuff … you always have to be mentally prepared that a start-up can crash at any time.” Has this happened to him? “Yes, it was doing very well until it didn’t,” he says, declining to name the entity. “But there were other companies which ended up doing very well.”

His current company, Tazapay, seems to fall into the latter category: between December 2020 and March 2021, the company raised more than US$5 million in seed funding and its operations have gone international, in line with its strategy of connecting the developed and developing world. His years in the start-up world have prepared him for this role, equipping him with the grit needed to succeed. “And also the patience,” he adds with a laugh, referring to the protracted conversations on compliance he has with banks and regulators. “The startup scene in Singapore is pretty lively and I would definitely recommend it for anyone looking for a challenge.” Challenging as the journey may be, I get the sense that for Ezra, it keeps the passion alive.

“Startups tend to underestimate legal risks. But legal is a critical enabler of the business, especially in fintech. The legal foundation of the business needs to be solid before it can deftly navigate the sea of regulation in order to grow and scale effectively.”