From his first love, litigation, to battling fake news and now, supporting a major insurer—it's been quite the journey. 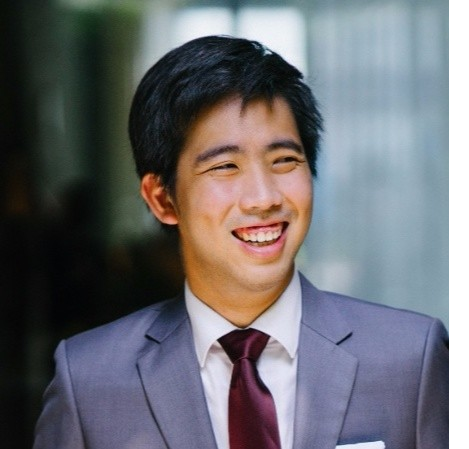 Mr Kenneth Lim’s eyes light up when he talks about his time as a litigator, describing it as an early love. “I always had a slant towards contentious work, even in law school.” His love for litigation only deepened when he joined Drew & Napier midway through his career, where he found contemporaries who were “exactly on his wavelength”.

As he got into the rhythm of practice, Kenneth felt that he was where he was supposed to be. Wistfully, he adds, “But to operate at that level day in and day out … it takes a toll on you. A lot of work goes into keeping a few steps ahead of your opponents.” After nearly four years of life in practice, he decided to tap out. His decision was cemented by the news that he was going to become a dad.

“I told my boss, ‘I love what I do, but I think I need some time out to decide whether I want to do this for the long haul.’” To clear his mind and find out what he wanted to pursue next, he applied to audit an IP course at the Singapore Management University (SMU). But he assured his boss that he would write to her to “beg for a spot back” if he decided to remain a litigator after the programme. “I knew no life other than litigation—but I wanted to see if it was the only way to live.”

Three years on, he confirmed that it wasn’t the only way to live, as he shares.

Tell us about the transition from private practice to an in-house role.

I think the trickiest part was convincing would-be employers that someone coming straight from (disputes) practice would have transferrable skills. But the more progressive ones realise that there’s actually quite a bit of transferability: after all, what does a lawyer do? Solve problems—whether you’re a disputes lawyer or a corporate lawyer. At the end of the day, you interpret the law and use it to solve real-world problems. In-house counsel do the same.

What do you do at AIA?

I’m a tech and cybersecurity counsel, supporting AIA’s digitalisation and tech innovation efforts. On a day-to-day, I negotiate contracts, identify and manage risk, and work together with business units to conceptualise and design product features. Compliance is not seen as a mere checkbox here, which makes the process quite fun: we design privacy and security features together, which allows me to put my legal skills and practical experience to use.

What are some of these features used for?

Data is crucial for an industry like insurance. The kind of policies people buy, where they claim them and even the types of circumstances when they make a claim—all this data is essential when we’re designing products. But collecting the data involves a lot of regulatory and security frameworks that we consider as we’re designing our digital systems. It’s a very collaborative process—and I think we have a committed leadership team to thank for that.

How does that impact the legal function?

I’m fortunate to have an excellent GC in Penny [Koo], who gives the lawyers in her team a lot of room to develop the collaborative relationships and “T-shaped” expertise that helps us give meaningful, actionable advice to our BUs. This is especially important in the tech space where capabilities, features, and industry norms are constantly evolving; tech counsels have to keep humble, sharp, and close to business – who will often be the most up-to-date on the latest and all their implications!

You’ve also had a stint at the Infocomm Media Development Authority (IMDA). Tell us about that.

While I was doing that IP course at SMU, I was approached by a recruiter for a role at IMDA. They were looking for someone to help launch the Protection from Online Falsehoods and Manipulation Act (POFMA) Office. I was intrigued - and ended up joining IMDA one month before the Act came into effect. It was fascinating: we had conversations with big tech companies and other stakeholders –  working out Codes of Practice, compliance modalities, and explaining how different parts of the law could be enforced (This is all publicly available information, he was quick to add). My job scope later broadened to include all aspects of media regulation – both the internet and non-internet kinds. It was good fun!

As a general litigator, tech was never really your speciality. But you’ve dived headfirst into it since leaving litigation. How would you describe the space to others?

Tech is a hugely exciting space; it keeps you constantly on your toes because it’s ever-evolving. There are lots of opportunities for lawyers who are game enough to keep an open mind and dive in. I touched briefly on the amount of data being collected by companies these days. With great power data, comes great responsibility(ies). I think there’s a moral imperative for lawyers to get into the space and help businesses collect and utilise data in a meaningful, yet responsible, way.