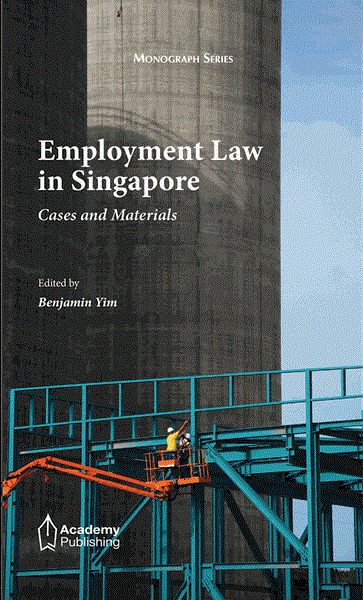 Employment has been an area of especial focus in Singapore even before her independence, given its extensive impact on the general population. Various employment legislation enacted since the founding of Singapore sought to deal with pertinent issues of the time, be it the influx of immigrants in the 19th century, the industrial unrests in the 1950s, or the economic restructuring in the 1980s.

Cases featured in this book include not only those pertaining to employment offences, but also administrative infringements and work injury compensation. It will serve as a useful handbook to practitioners and persons interested in the regulatory aspect of employment law in Singapore.

Excerpts
"It offers insights on several considerations informing the prosecution and adjudication of employment cases, and highlighting how and why certain outcomes were reached. By shedding valuable light on how certain claims for work injury compensation were reached and including summaries of previously inaccessible and unreported cases, this publication serves as a timely and important addition to our legal literature.”