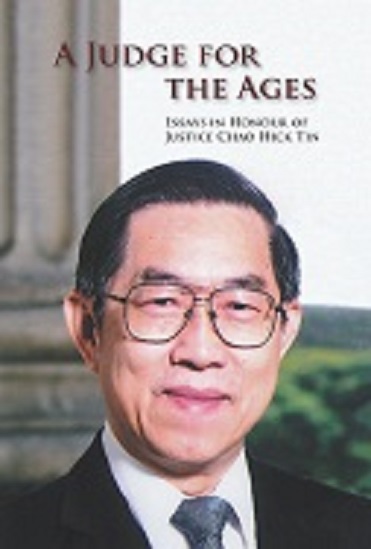 Justice Chao Hick Tin’s contribution as a judge is of the first rank. Born in Singapore, Justice Chao studied at Catholic High School before reading law at University College London. He was appointed Judicial Commissioner of the Supreme Court of Singapore on 1 October 1987. This marked the commencement of a distinguished judicial career from 1987 right through to 2017 – a remarkable period of approximately three decades (excluding two years, between 2006 and 2008, when he was Attorney-General) and a total period of half a century in service of his country. Justice Chao was appointed Judge of Appeal on 2 August 1999 and Vice-President of the Court of Appeal on 18 April 2008.

In this book, experts from the Judiciary, practice and academia explore Justice Chao’s jurisprudence in 12 areas of private, public and international law. These essays honour Justice Chao’s lasting legacy as a role model for all who aspire to be judges of the highest calibre.