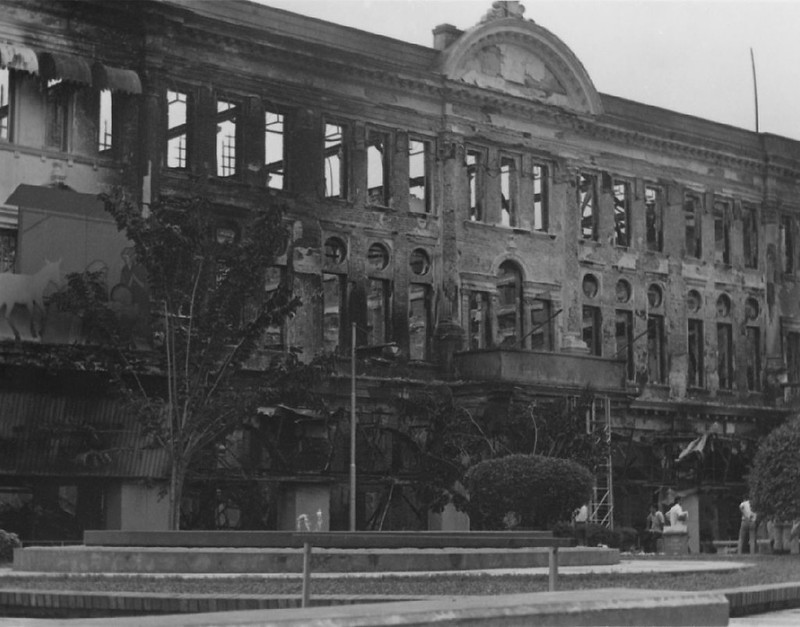 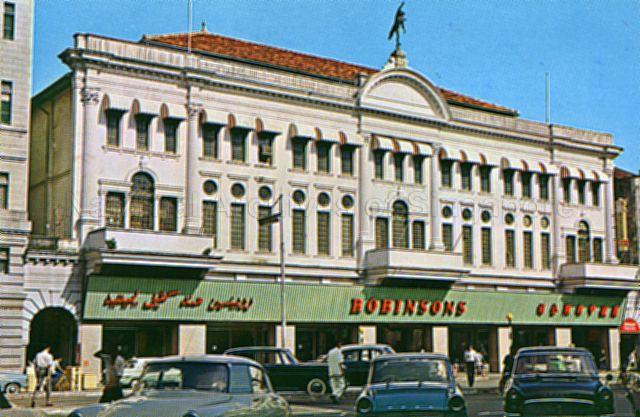 For years, Robinsons was a familiar landmark at Raffles Place, known as the "handsomest shop in the Far East". It was also a stone's throw away from many of Singapore’s oldest law firms. For senior members of the Bar, especially those who worked at Raffles Place, last week’s news of the department store’s demise brings to mind another sad chapter in the store’s history: the devastating fire of 1972, which killed nine and sparked Robinsons’ move to Specialist Shopping Centre on Orchard road.

The fire affected law firms like Braddell Brothers, which was then on the top floor of Meyer Chambers, next to the Robinsons building.  The late Mr Harry Lee Wee had an extensive collection of law books at the firm and was away at a conference in  Chicago when the fire broke. In an oral history interview with SAL, his wife, the late Mrs Ann Wee recalled the chaos that awaited her at the office.

Said Mrs Ann Wee, “The whole of the area was of course cordoned off by police. I was dying to know what had happened… I even took my marriage certificate in case they wanted me to prove who I was. Anyhow, I took the driver with me and the police allowed me in. I was in wooden clogs because I knew it was soaking. The whole place was drenched. And we had to climb because there was no lift and all the water was running down the stairs as we climbed up.  You never saw such a mess in your life!”

“What had happened was the roof had caught fire, but the law books were so tight there was no oxygen, so the roof beams fell on the bookcases and of course burnt the top shelf. Completely gone.  But when it got down to the books, they didn’t actually catch fire; they charred. So you would see a row of books, you know these leather bound books… the whole row of charred remains but the bottom three inches [with] the titles were still there. That was all that was left.”

“If you remember the story of the fire, they used river water from the Singapore River so the books were all infected with all kinds of garbage.”

Mr Wee not only lost his books but a valuable collection of early Straits Settlements stamps which were kept in a safe in the office. “The safe was totally saturated,” said Mrs Ann Wee. 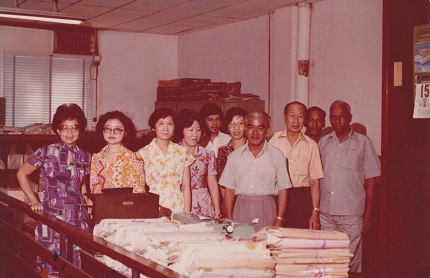 Right next door on the other side of Robinsons was a law firm that was luckier. Ms Phyllis Tan (in purple cheongsam, above), who was working at her father’s firm Eber & Tan, remembered standing outside looking at the flames and smoke and thinking whether her own office would be razed. “I said to myself, ‘Why are you standing there watching your office burn? Go home!’ So I went home, thinking the next day I would have no office to go to. But my guardian angel is very good to me. The wind changed, so the office was saved.”

Photos from The Straits Times.