Mr Julian Ho and Mr Nicholas Soh, both partners at Allen & Gledhill, explain the Model Constitution, one of the new documents released as part of the VIMA 2.0 suite. 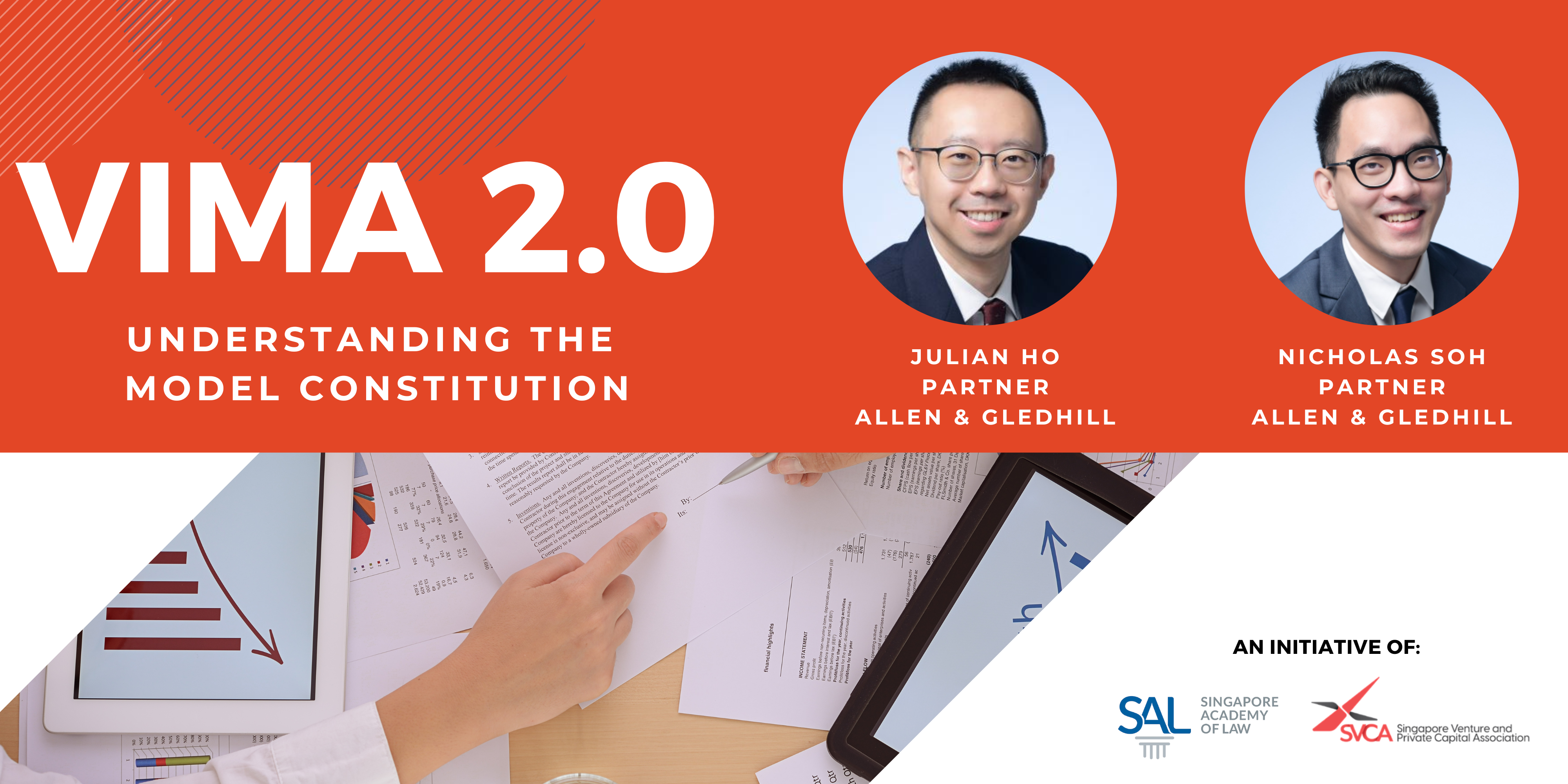 “As part of a Singapore private company's Series A funding round, its constitution is customarily updated to take into account (1) the terms of the preference shares to be issued, and (2) certain provisions of the shareholders’ agreement to be entered into as part of the funding round.

The VIMA model constitution has been prepared for reference, to show how a Singapore private company's constitution might look like after it has been amended in connection with a Series A funding round.

The VIMA model constitution has been drafted using the First Schedule of the Companies (Model Constitutions) Regulations 2015 as the base, updated to take into account the relevant provisions set out in the VIMA model subscription agreement and the VIMA model shareholders’ agreement.

The availability of this template (to be updated as appropriate in line with the agreed form of the other transaction documents in the Singapore company’s funding round) should also facilitate the process of closing a funding round.”