Skip to main content
Events: Bringing history out of the archives and into the community

While the current COVID-19 situation does not allow us to hold these events on site, you can still view snippets of past exhibitions and artefacts on this website [link] and register [link] your interest to participate in our next legal heritage public talks or debates.

Open to students from Singapore's three law schools, Jus Debate can be a two or three-cornered fight with teams battling for victory using costumes, props, characterisation and whatever they can muster to win over the judges with wit, humour and of course historical authenticity in their arguments.

Exhibitions
Our legal heritage exhibitions (there have been three so far) have attracted keen interest from members of the legal fraternity and the public.

Legal Heritage Exhibition, 1995
Court documents that have been kept at the vault of the Supreme Court and rare artefacts on loan from private collectors were shown for the first time in this first legal heritage exhibition held over four days at the City Hall Chambers.

One of the artefacts displayed was this memorial plaque which pays tribute to members of Singapore’s legal profession who died during World War II.

Found in the vaults of the Supreme Court, the old flare gun is undoubtedly a relic of our colonial past. Believed to be used in moments of emergency to signal distress, the flare gun has presumably seen the Supreme Court through many incidents of civil unrest. 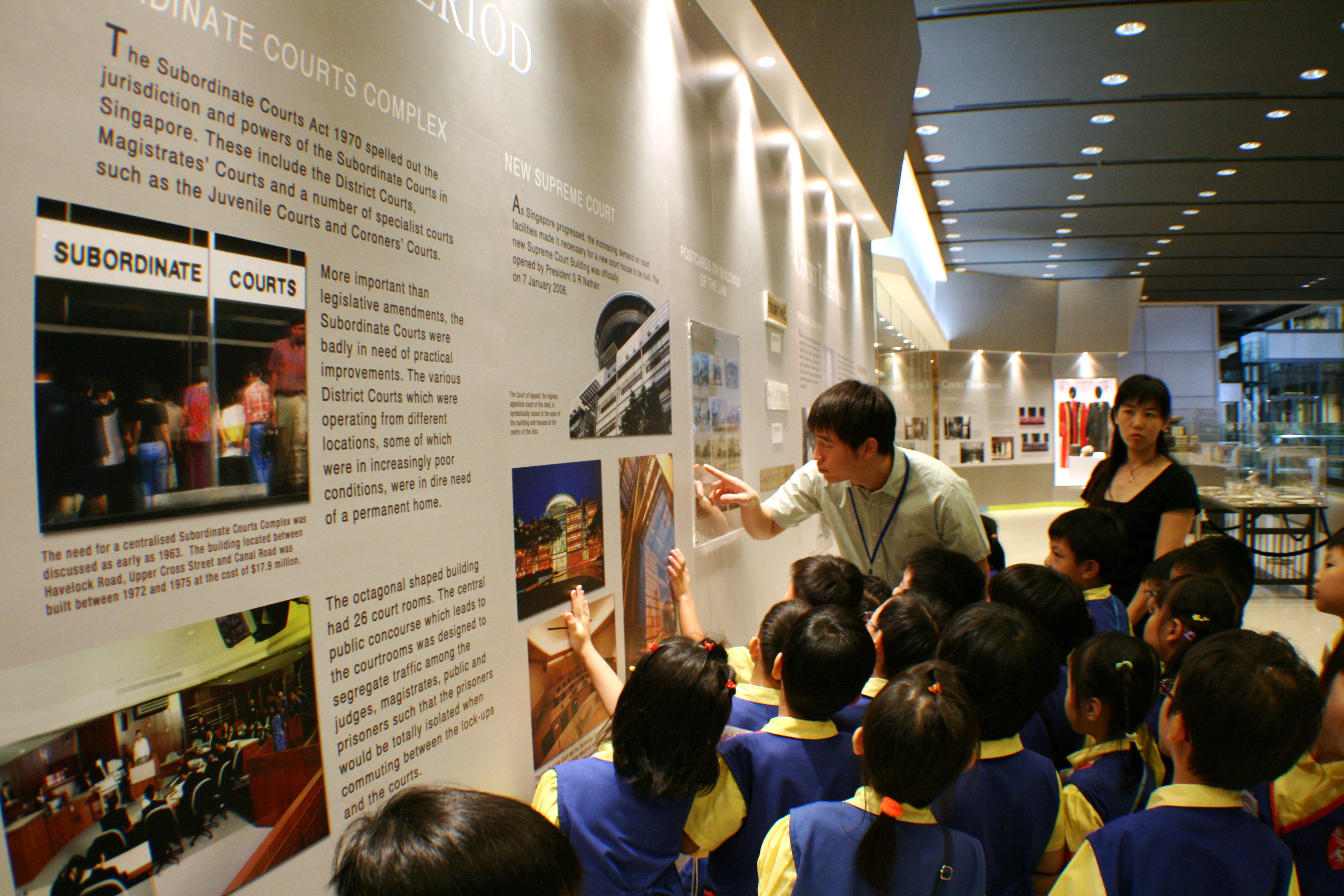 This one-week exhibition held as part of the Academy’s 25th anniversary focused on two major areas of law that touch the common man: Criminal Justice and Family Law. Besides interesting facts, photos, videos and artefacts, visitors could walk through a prison cell and try their hand on interactive displays. Wedding photo of Mr Lim Kim San and his wife Pang Gek Kim. Mr Lim was a member of Singapore’s first Cabinet and helmed many key ministries including the Ministry of National Development. The couple’s wedding certificate was one of the rare documents on display at this exhibition.  Prior to the Women’s Charter, there was no provision for registration of marriages. Marriages were recognised as valid as long as the necessary customary rites were performed. The use of wedding certificates was a European practice that was adopted by the communities here, in particular by the wealthy Chinese and Peranakan families whose children had been given an English education.

View a selection of the #Law & Community exhibition here.

Legal Chronicles
This series of talks and panel discussions on a topic or event from our legal history is one of our most popular outreach programmes. 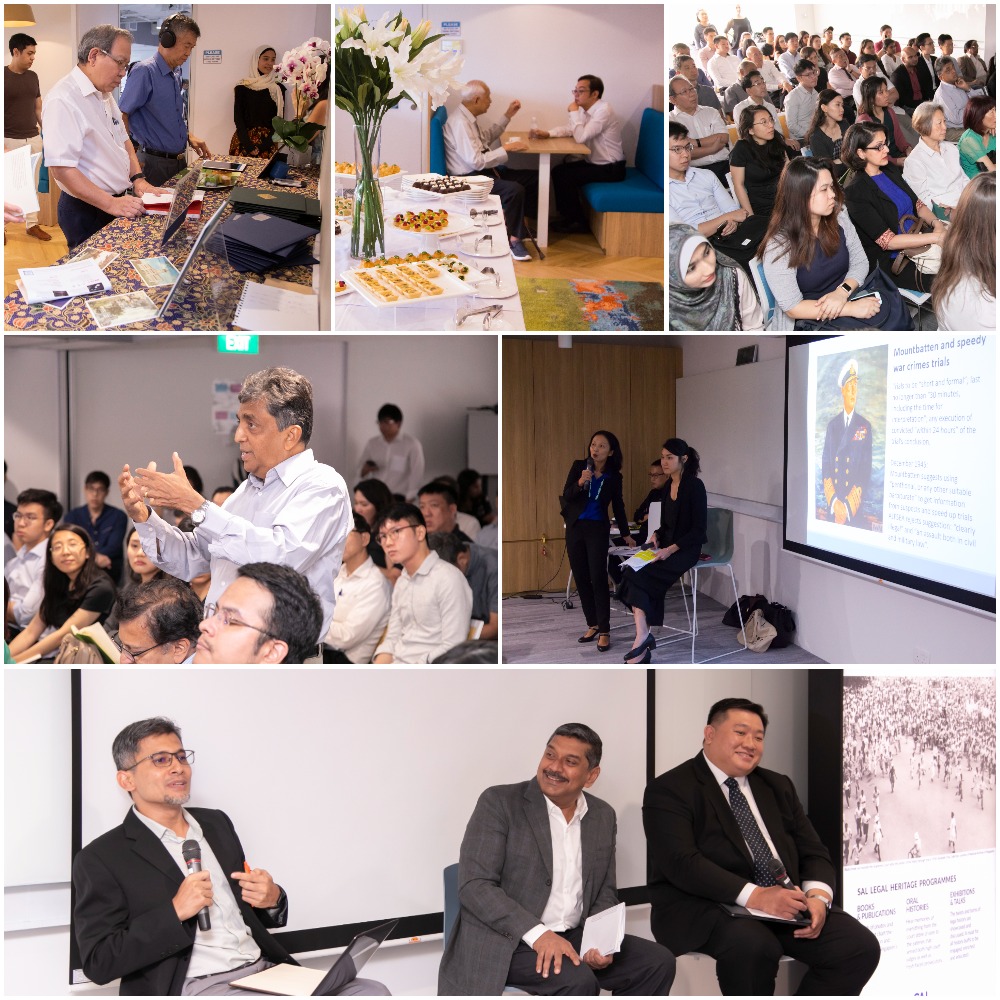 Our panel speakers include academics, historians, lawyers and judges and they share information on the event from the historical perspective and lessons which we can take from it. These lively sessions which include video presentations are always fully subscribed.

Audience participation is key at our Legal Chronicle events. They are encouraged to share their stories, ask questions, listen to audio recordings from first-person accounts of the incidents and learn more about our legal heritage work over light refreshments.